The Rules of Life: Aleksej Iskos

“Ukrainian design is quite reckless: designers just do what they like” 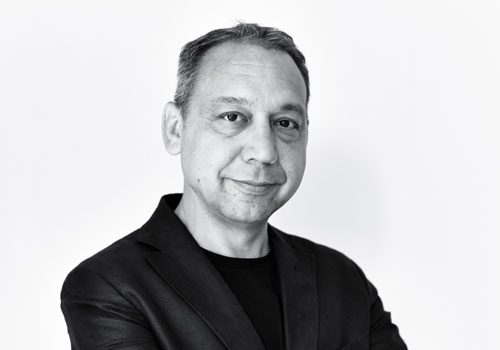 I studied architecture in my youth, and I liked it. But the building is a very large object, where you depend on many people. After that I studied in pedagogical and worked as a teacher in school. This was also very interesting, but you probably will never see the result of such work. I studied painting, wrote poetry, and, I think, would be a good mathematician or programmer. But it was the design that was the best option for me: on the one hand, this is a huge space for creativity. On the other hand, everything you need can fit on your desktop.

The creative process that occurs in the head is the most exciting: there are no restrictions, everything is beautiful. But the limitations that arise in the process are also interesting. The feeling of satisfaction that you get when the problem is solved is a big euphoria.

If you treat everything as a new challenge, you can avoid many difficulties. Failure is the point at which you begin anew. One failure can be followed by another. But you still come to the result, because this is not the final stop, just an intermediate stage.

There are always two key points in design: functionality and aesthetics. But I really like design, where there is a third factor: where, besides the function and aesthetics for the eye, there is also something for the head. It's like a good book or film that awakens fantasy, makes you think, gives the person the opportunity to come up with his own story. Perhaps, I'm a bit of a poet. :)

Success in the profession - when there are enough people and companies who want to work with you.

Trends are taking place today. While you come up with a new product, while it enters the market, the fashion for it can go away. If you want to be original, you need to be informed. But it’s a useless work to follow trends.

Danes create a design quite peculiar. Firstly, they do not like just beautiful things, if they are useless at the same time. It is very difficult. Secondly, despite their simplicity, they have a very developed sense of aesthetics. Thirdly, strong design traditions: on the one hand, it is interesting to explore them, on the other - it's funny to break them.

For almost 25 years I had no contacts with Ukraine: I bought a one-way ticket once and did not plan to return. The last two or three years I have been following what is happening in the country. I like how Katya Sokolova works - a very rational designer, without losing her identity. I like the projects of Sergei Gotviansky, who is very poetic and bold. It's funny to see what Sergei Makhno is doing. And this list can be continued.

Ukrainian designers are very well informed about what is happening on the world design stage. Perhaps they are not intimidated. In many countries where the design has established traditions, the designer involuntarily limits himself: too much knowledge about the market, its target groups. The Ukrainian design is quite reckless. I think the designers just do what they like. Not necessarily the result is good, but it is always interesting to observe this process.

ODESD2 is the new Ukraine, which I did not know, which appeared in recent years. I was very interested in learning about this bureau and working with it. Curiosity overcame all other feelings.

Work on the 15.77 lamp, was the same as on all other projects. I did not make any distinction consciously. But, as in any case, a concrete project is thought in the context of a particular firm. Of course, this object was created for a specific customer.

In general, there was no difficulty in working on the lamp. It was very easy and interesting to work: it's quite another, a new generation, which is very different from mine.

I think that everywhere, both in Ukraine and in Denmark, you need to be self-confident and respect other people.

Hugge, as a concept of comfort, includes very different things. In addition to a cozy interior, this is a conflict-free atmosphere, this is a relationship between people. РIt's not just about knitted socks and a candle on the windowsill. First of all, it is a desire to live in harmony with family and friends.

Danes are making great efforts to solve the problem peacefully. And this is probably their most amazing feature.

In good and in a bad way, I am a Soviet man. This is my starting point, this is something I can not help comparing. And this is what I struggle with - in myself, and around me.

At a certain age, you look back at a past life and you think: if I die tomorrow, did I have something good, did I get what I wanted? Fortunately, I can answer this question positively.

I play tennis, table tennis, do skating on roller skates with pleasure. But not for sports or health, but for the sake of the game moment.

I like to travel: I like changes. If I had to be in the company all the time, I would be very tired. But if I spent a lot of time alone, I would be bored. Everything should be in good proportion.