Design bureau ODESD2 presents a new understanding of freedom formed by Valentyn Luzan, our like-minded person. Valentyn has joined the bureau this April and created his author's series — M system. Building on the notion of combinatorics as a variety of elements interaction options, Valentyn has created a series of functional and aesthetic objects.

The system is based guides, to which you can easily add shelves, boxes, mezzanines, commodes, mirrors or clothes rails. Every object is available in two basic sizes, so you can easily combine, add or change them according to emerging needs. Ease of installation allows you to change the internal geometry of the space as often as you want to.

The composition assembled from selected elements of the system is your current view of the order.

Facts that inspired to create the system:

- Combinatorics includes such configurations models: placement, permutation and combination of elements, composition and partition of numbers. With the help those or other configurations it is possible to solve problems in many areas of science: biology (structure of DNA), chemistry, complicated structures.

- The first combinatorial motives can be seen in the Chinese "Book of Changes", which combines the male and female and eight elements symbols. The driving force for the development of combinatorics and probability theory became the gamble in the XVI century. The "combinatorics" term was added in the mathematical usage by Leibniz, who published his "Dissertation on the Art of Combinations" in 1666.

- The development of computer technology allowed the combinatorics to solve those problems which were not solved because of the complexity of the calculations. Thus the "four color" problem was solved with the help of a computer. It was proved that any map can be painted in four colors so that no two countries with a common border have not been painted in the same color.

- M Wall upright 1allows you to install one of 12 elements on it. Number of basic series objects - 6. Combination of M system items allows you to create 18563 combinations by placing objects on the upright. 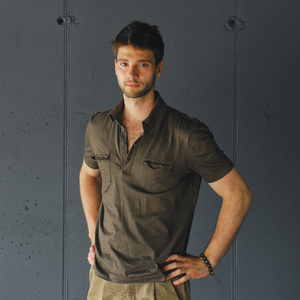 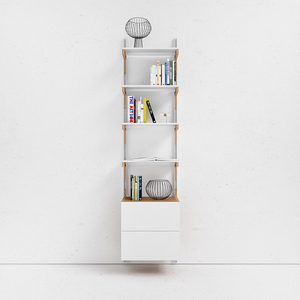 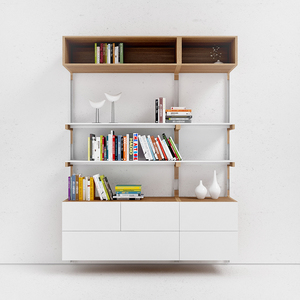 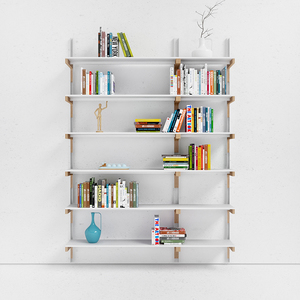 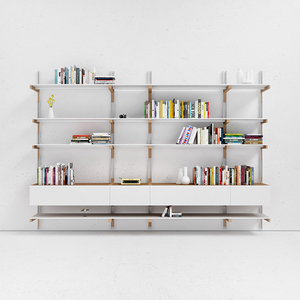