Being a good scientist today is still being able to be surprised. It seems that modern science has seen everything: a model of the DNA structure, cloning of a mammal, the discovery of the Higgs boson. The fundamental laws that govern everything material have long been studied, and rarely change. But there are exceptions - as, for example, in the case of fullerenes. These mysterious carbon molecules were discovered in 1985, and their nature and properties are becoming a revelation to science today. From optics to the creation of artificial diamonds, from adding to refractory paints to treating asthma - these tiny particles named by engineer Richard Fuller have become real rule-breakers.

Being a good designer today is still being able to surprise. In a world where consumerism rules, goods are amazing, it is important to find your own path and style, not to be afraid to backtrack from usual requirements.

Buckyball - created by designer Svyatoslav Zbroy - can be a part of the scientific research of fullerenes. Six spheres, consisting of twelve pentagons each, form an unusual structure. Like a stable and multifunctional carbon molecule, Buckyball can withstand heavy loads without losing its shape. To sit in the center, shift to one of the spheres or even turn Buckyball and make an “island” for five people - any application is possible.

There is a chamber filled with air inside each of Buckyball's spheres. Made of PVC with the addition of silicone, it has a special strength, and anti-explosion technology avoids damage in case of a collision with a sharp object. Sphere covers are made of microshenyl with Easy Clean technology. This coating provides the fabric with a protective barrier, and allows to remove dirt easily. High rates of fabric in the Martindale test allow Buckyball to be used both in private interiors where there are children and pets, as well as in HoReCa interiors with high attendance. 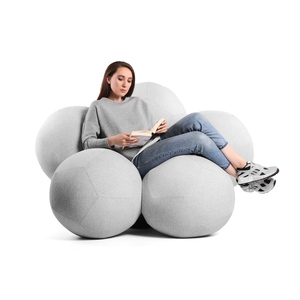 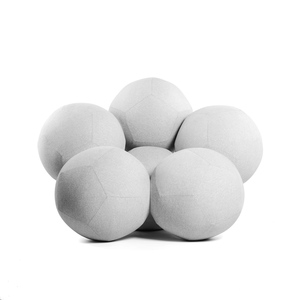 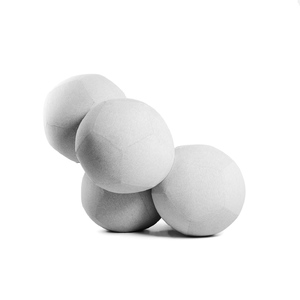 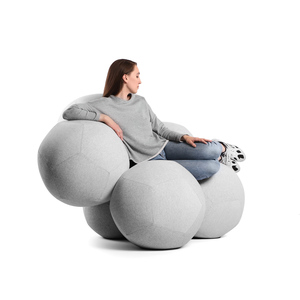 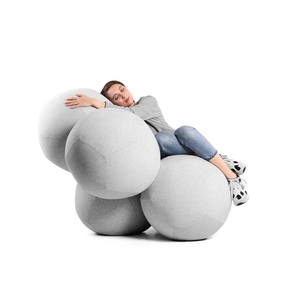 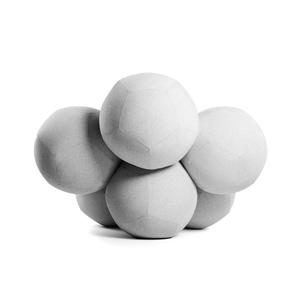 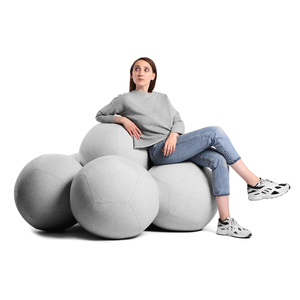 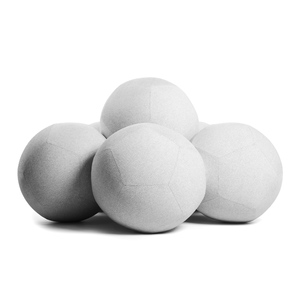 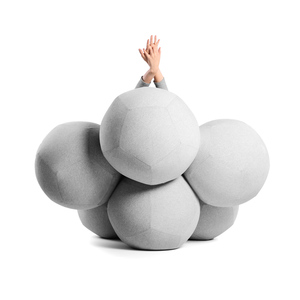 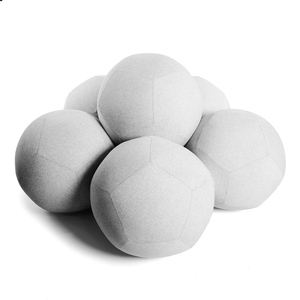 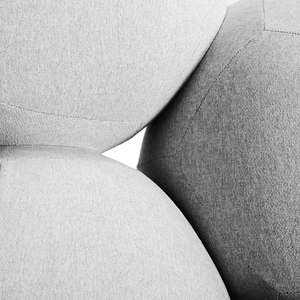 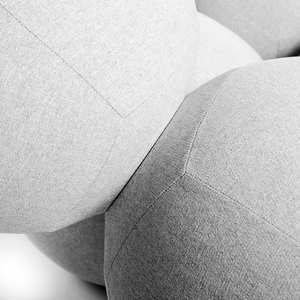 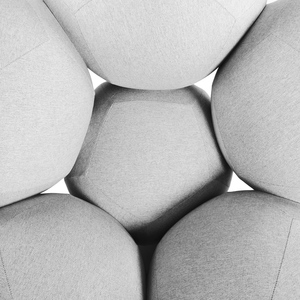